TEK Park, the 840,000 rsf multi-tenant campus in Breinigsville, Pennsylvania has been sold by MRA Group, the facility’s Horsham-based developer. When Lawrence J Stuardi, CEO of MRA Group, purchased the former world headquarters of AT&T Bell Labs back in 2005, he knew TEK Park would experience rapid growth due to the campus’ advanced technological and high-end mechanical, electrical, and plumbing infrastructure. Stuardi’s goal was to attract tenats that could utilize these amenities. He wanted to create a unique environment in which tenants as diverse as Buckeye Pipe Line, CyOptics, Aesculap, Kutztown University, Klunk & Milan, and FiberOptic.com would have opportunities to collaborate with one another. Stuardi’s vision of developing the foremost technology center in the mid-Atlantic region has been realized as TEK Park is currently at 90 percent occupancy rate. MRA Group purchased TEK Park for $9.3 million and had an improvement budget of $15 million. The campus was sold to a New York investment group for over $50 million – a major return on investment for Stuardi and his team. Designated as a Keystone Innovation Zone, TEK Park provides great growth opportunities for its new owner. 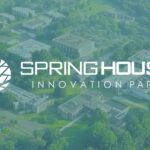 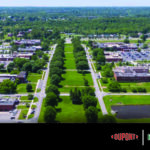 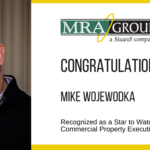 Mike Wojewodka: A Star to Watch by Commercial Property Executive